Governing Board
Armory Chamber
Archangel Cathedral
Assumption Cathedral
Patriarch's Palace with the Cathedral of Twelve Apostles
Church of the Deposition of Our Lady's Holy Robe
The ensemble of Ivan-the-Great Bell-Tower with Assumption
Belfry and Filaret's Annex
Senate
Red Square
Wall and Towers
Grand Kremlin Palace
Arsenal
Poteshny (Amusement Palace)
V.I. Lenin Mausoleum (Red Square)
State Historical museum
St. Basil Cathedral
The State Moscow Kremlin Museums
Department of Presidential Affairs of the Russian Federation
Federal Security Guard Service of the Russian Federation
The State Historical Museum
GROUNDS FOR THE OUTSTANDING UNIVERSAL VALUE ↓
Ensemble of the Moscow Kremlin and Red Square is a masterpiece of human creative genius. Architectural monuments that are part of this ensemble embody the ultimate mastery of Russian and Italian architects. A unique ensemble of the Moscow Kremlin that reflects the evolution of Russian architecture and its link with European cultural tradition continued forming for more than 500 years.
Architectural monuments of the Moscow Kremlin and Red Square are the best samples of national architectural school; they have no analogues in the world and with their construction new directions of Russian architecture started to develop. The Moscow Kremlin, being the centre and oldest part of Moscow is classified as a cusp settlement, fairly formed in the 12th century.
Its planning structure still can be traced today and reflects the presence of two centres – temporal and spiritual. The Moscow Kremlin, being not only a political but also cultural and spiritual centre of the country, witnessed the most important events of Russian history. Outlook of the unique architectural monuments composing the ensemble of the Kremlin and Red Square found its reflection in the best works of national literature, music and fine arts. For years passed since the Moscow Kremlin and Red Square were included into the UNESCO List of World Heritage in 1990, its historic and cultural value remained the same.

1. Brief synthesis
2. Criteria for including into the WHL
From the date of including the Moscow Kremlin and Red Square on the World Heritage List all the components representing the Outstanding Universal Value of the property are within its boundaries. Within its boundaries, the property still comprises all the elements that it contained at the date of nomination. The territory of the ensemble of the Moscow Kremlin and Red Square has also remained unchanged. In 1997 the boundaries of the heritage protection area as well as the regime of its maintenance were determined.
Authenticity
The history of the Moscow Kremlin and Red Square is reflected in the archival documents of 12 – 19 centuries, for example in medieval chronicles, cadastral surveys, estimated construction books, painted lists, inventories, foreign notes and in graphic matters such as manuscripts, chronicles, plans, drafts, engravings, lithographs, sketches of foreign travelers, paintings and photographs. These documents are exceptionally valuable sources of information such as the time when it was built or sanctified, the material it was made of, its architectural peculiarities and composition, customer and constructors, changes in the outlook during the whole time. Comparison of the data received from archival documents and those obtained in the process of field study gives an idea of the authenticity of the property and its different elements.
3. Integrity
LIST OF OBJECTS ↓ 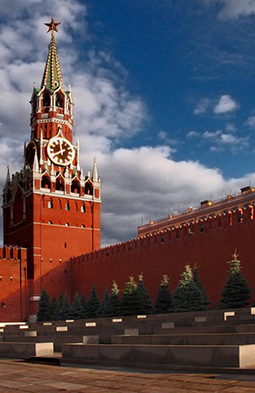 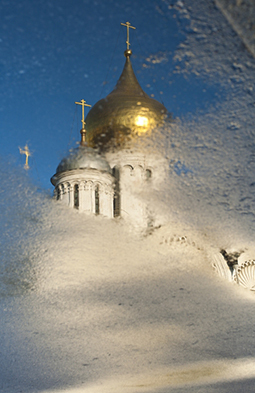 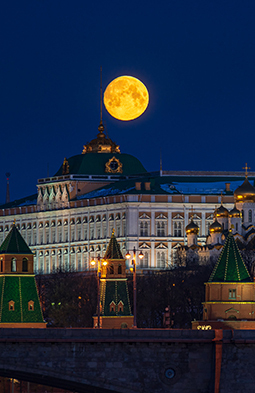 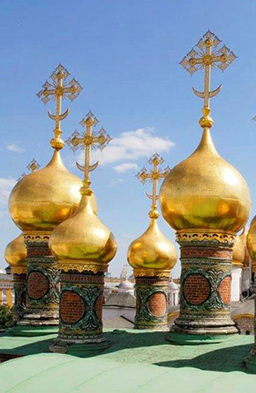 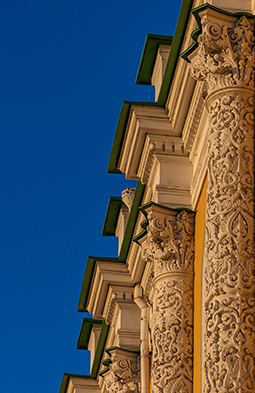 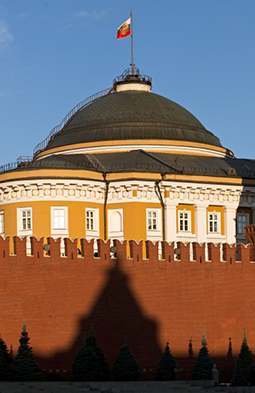 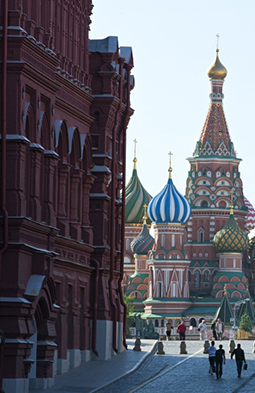 the Assumption Cathedral, the Annunciation and Archangel Cathedrals, Church of the Deposition of the Virgin's Robe,
'Ivan the Great' Bell Tower,
Patriarch's Palace with the Church of the Twelve Apostles